Callum Lynch explores the memories of his ancestor Aguilar de Nerha and gains the skills of a Master Assassin, before taking on the secret Templar society

For centuries, the Order of the Knights Templar have searched for the mythical Apple of Eden.

They believe it contains not only the seeds of man's first disobedience but the key to free will itself.

If they find the relic and decode its secrets, they will have the power to control all human thought.

Only a brotherhood called the Assassins stands in their way... 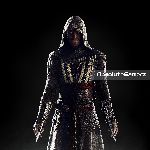 All copyrights and trademarks belong to their respective owners. This site is for the promotion of selected material, no infringements are intended. All reasonable efforts have been taken to credit the respective owners and/or authors.